Gotham Greens announced the opening of the first phase of its 10-acre hydroponic greenhouse near Davis.

“Our newest greenhouse facility in Northern California is strategically located to service retailers and food service providers throughout the region more quickly while conserving precious resources, including land and water,” said Viraj Puri, co-founder and CEO of Gotham Greens, in a news release. “We are excited to continue to expand our footprint, work in partnership with UC Davis and innovate with the agricultural industry in California for a better food system.”

The first harvest at the greenhouse has been completed, Gotham Greens said.

After the building broke ground earlier this year, Puri said the first phase of the greenhouse would be 3 acres, enough to produce 6 million heads of lettuce per year, and employ 60 full-time workers.

Gotham Greens was founded in 2009 in Brooklyn, where it began by building urban greenhouses on rooftops with the goal of providing a fresher, more local source of greens and fresh herbs. It has nine other greenhouses in New York, Illinois, Rhode Island, Maryland and Colorado.

Gotham Greens advocates for indoor hydroponic agriculture as a way to produce fresh greens and herbs while using less land, water and chemicals than conventional farming.

Since all the water used to grow the crops is captured and reused, it uses less than a gallon of water to grow a single head of lettuce, compared with up to 10 gallons used in conventional farming, according to the company.

The indoor environment also reduces the need for chemicals and allows the crop to be grown pesticide-free. The controlled climate inside the greenhouses allows for crops to be grown year-round, which creates stable, year-round jobs, instead of the seasonal, migratory labor force used on conventional farms.

“California is the center of North America’s leafy greens production, where water shortages, wildfires and other results of climate change are straining critical agricultural resources,” Puri said. “By putting down roots in California, we aspire to be a part of the agricultural industry’s solution to the increasingly visible impacts of climate change.”

Gotham Greens' new facility is on land in Solano County about 2 miles from the University of California Davis campus. The company bought the land as surplus property from the university in 2019. 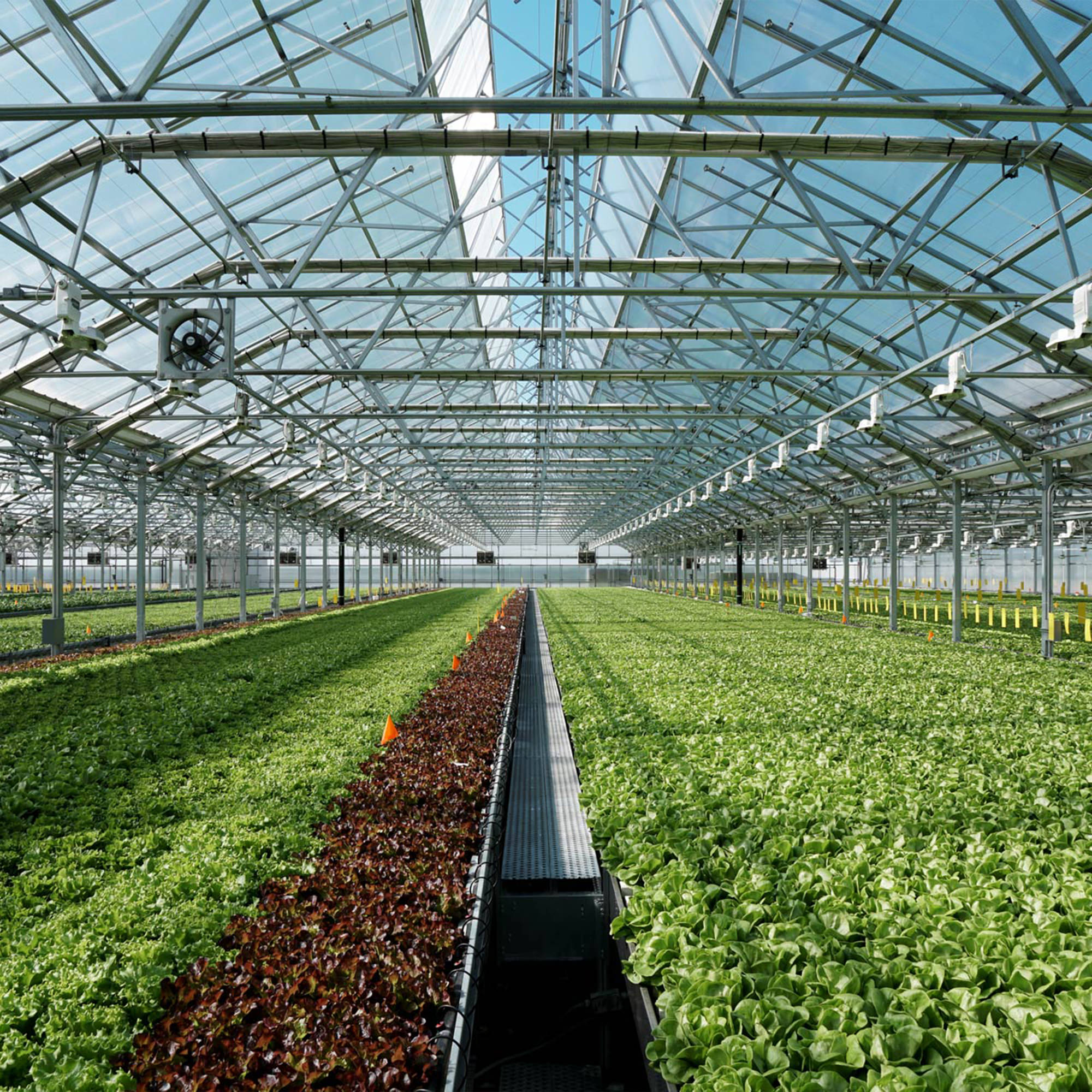