But this year, because of stay-at-home orders, the culinary celebration is will look a little different.

Coinciding with California Restaurant Month, the event is put on by Downtown Sacramento Partnership and is meant to be an opportunity for people to explore menus all over the grid while helping local businesses.

"Really it was launched as a program way back when during January, which was a slower month," explained Emilie Cameron, public affairs and communications director for Downtown Sacramento Partnership. "Now, this year we’ve kind of reimagined the program to provide additional support."

Cameron said per the restrictions for restaurants, Dine Downtown had to pivot to a curbside takeout and delivery model. She said restaurants people might not have seen in previous years have been included along with new, flexible price points to make the program even more accessible.

"Like Beach Hut Deli, for example," Cameron explained. "They're participating at a $25 family-style menu this year."

She also boasted traditional Dine Downtown favorites, like The Firehouse, which would be offering a three-course meal for $45 with optional to-go wine bottles of wine.

The event, which typically goes for up to 11 days, Cameron said will go on for three weeks—all in an effort to get more business to an industry that’s been hit hard.

"It is extended," she explained. "It's 17 days on purpose to try to keep that drumbeat of support going."

The Dine Downtown website is a one-stop-shop, where menus are displayed and people can order directly from restaurants through Pick Up Fixe, a locally created online ordering platform. Through the platform, there are no commission fees. Dine Downtown has also partnered with Sacramento City to offer free pick-up zones.

"I was thrilled that we were able to be involved," said Clay Nutting, the owner of Canon East Sacramento.

Nutting, the creator of Pick Up Fixe will be participating in Dine Downtown along with 26 other restaurants. He said he’s optimistic about 2021 and restaurants pulling through. He said an event like Dine Downtown comes at a time when many businesses can use the support.

"I hope so," Nutting said. "Restaurants are pretty resilient and a lot of us are struggling, but we have some pretty significant support from our community which is more important now than ever. Independent restaurants are the heartbeat of our community in a lot of ways." 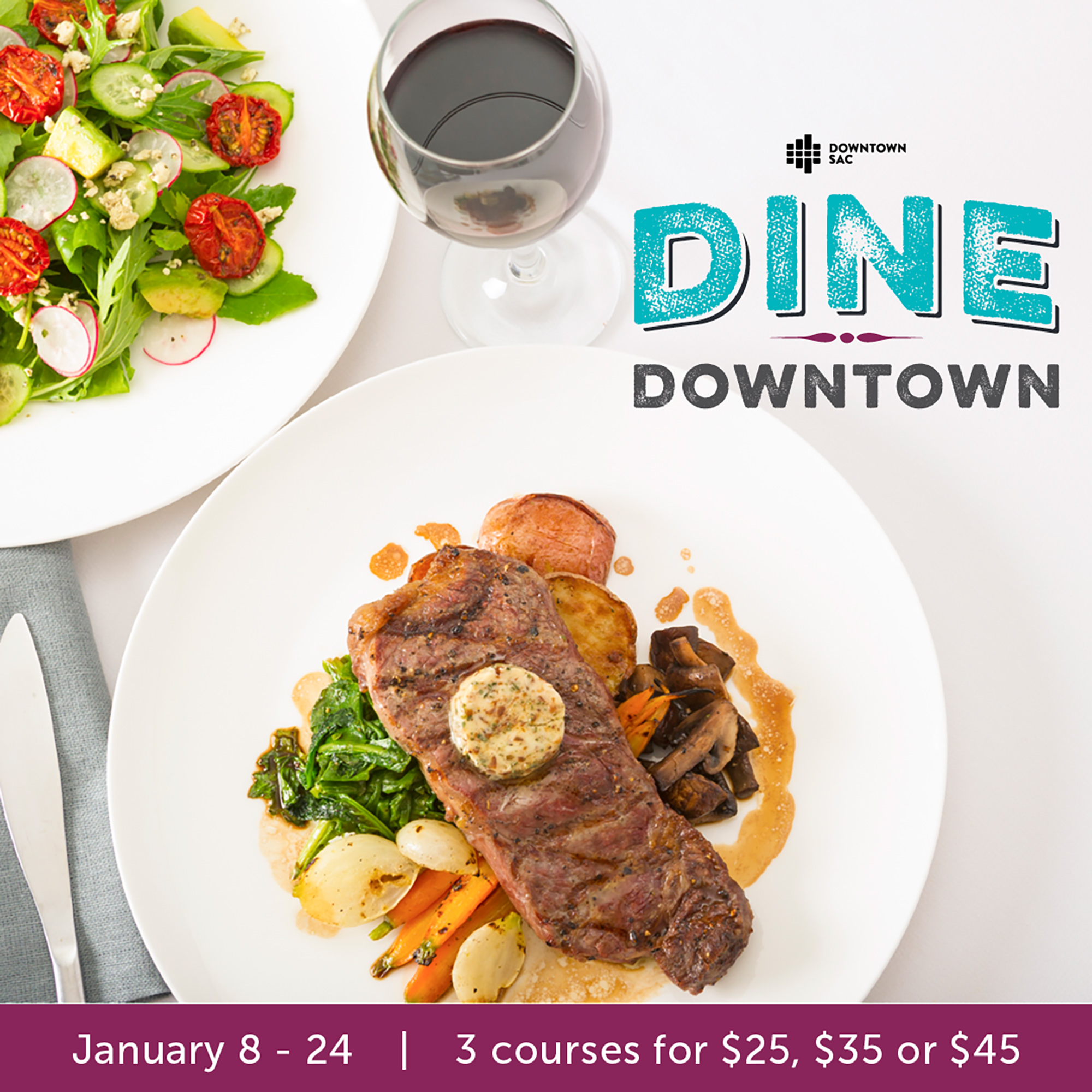